We provided the internal green screen photography for Coca Cola on a massive custom built photo booth that was placed in the center of Covent Garden, London. We can't show the photos we created due to an NDA but can show you how it looked outside.

Guests chose their scene on an iPad inside the door, then depending on the scene a variety of things happened! For example choosing the beach scene turned on heaters in the green screen area and lighting that matched a sunny day. Beach music played and promo staff appeared fom a hidden wardrobe room with costumes and props for the guests. 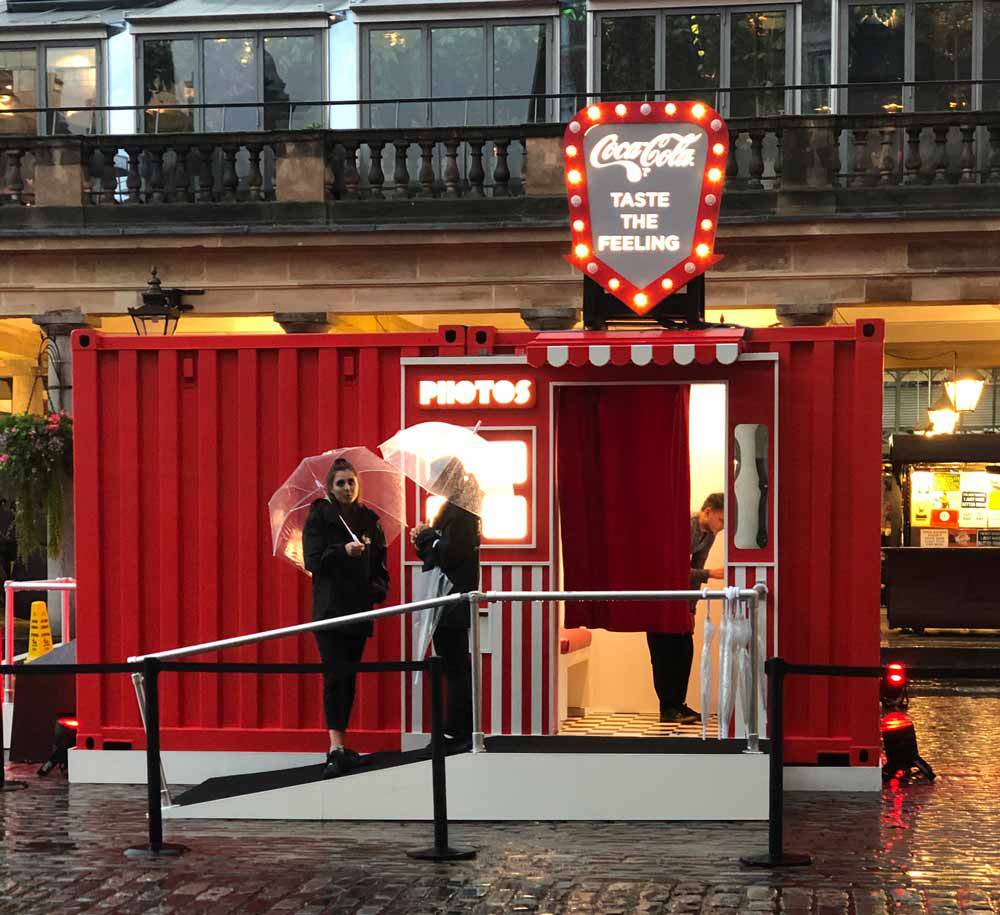 We shot using the latest Canon R DSLR and the guests could see themselves live on the big TV above them. Special filters were also applied. Then the guests went through into a bar area where their photos were delivered through a "Photo Booth Slot" in an envelope containing details of any prizes they had won. It was busy! 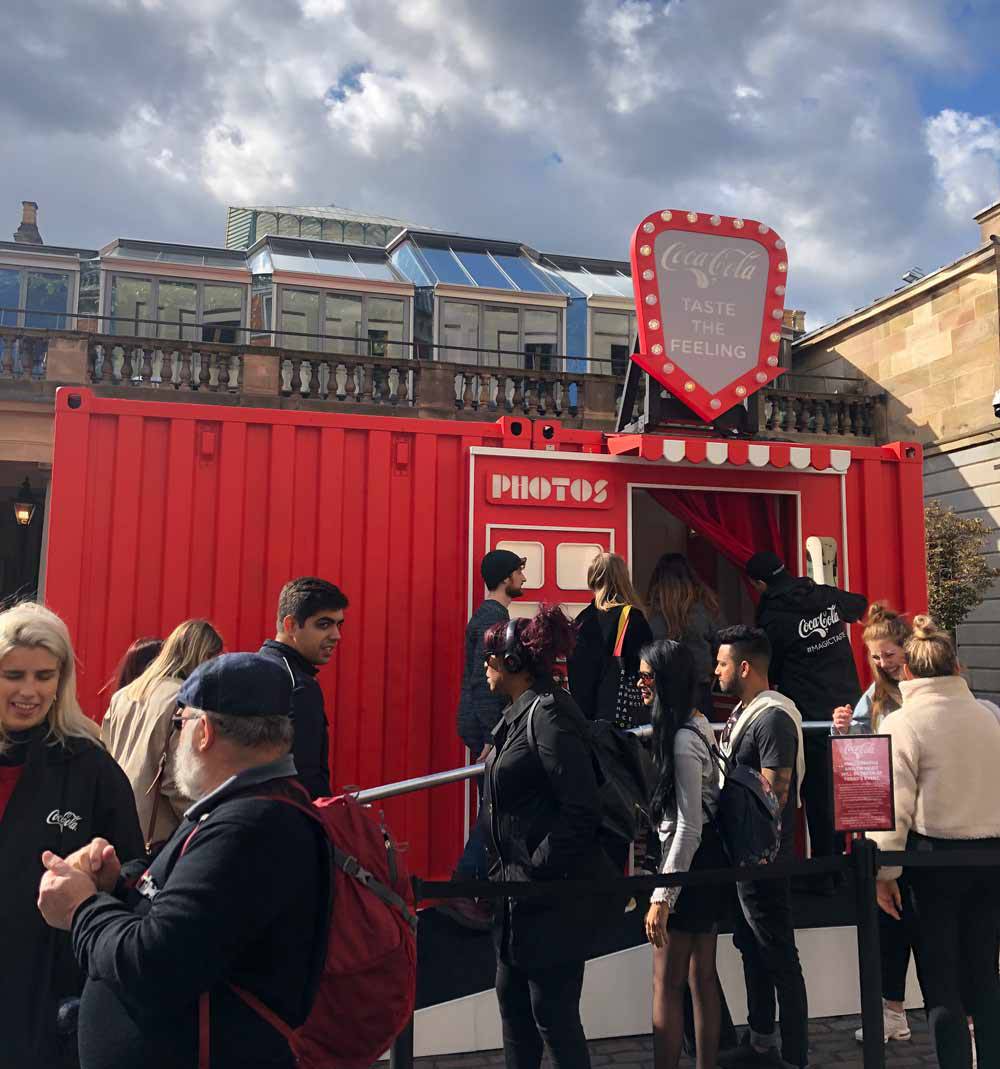